It’s been a week since Eat Drink Vegan (formerly known as Vegan Beer Fest) and I’m still recovering.  These Festivals are intense in the best way possible.

But, here is the good news! Yoga-urt won “Best Sweet”! Woohoo!!! They did a “Best Sweet” and “Best Savory”, and we won our category. I am so honored and blown away by it. I know we have good stuff, but the caliber of vendors was so impressive. It hasn’t been officially announced yet by the Festival, so I’m waiting for that before I post to social media, but it has been confirmed. So awesome.

We were also chosen by mrs_vegan on Instagram as Tastiest & Healthiest of the entire Festival.  Yes, that means “Best Sweet” and “Healthiest/Tastiest”. So unbelievably awesome!!!!

It was so nice to be a part of such a cool event. It’s a beautiful community of people that came together and the support that they showed us is incredible. Not just at the festival either. All week long, people were posting about us, showing their support. Out of town people in for the Festival came to the store. It was just the encouragement that I needed to overcome my nerves and complete  the final push for the Festival.

I do have to say that the day wasn’t all roses. Besides several dry ice burns and having to run a mile to get back into the Festival right before it started after I was told to park my car on the other side of the Rose Bowl – not fun – we had some major “technical issues” first thing in the morning which made it a very challenging day for us. There was a moment or two when I honestly wasn’t sure if we could pull it off. But there was very little time, so we just did the best we could. Was it perfect? No. Was it stressful? Yes. Did we somehow pull it off anyway? Yes we did.

This was another reminder that I can’t control everything and things don’t always go the way that I planned, but I have to keep going anyway and sometimes just doing my best is enough. This is true for everyone.

I learned a lot from this experience and I’m so grateful to everyone that helped me get through the day, to those that came to our booth, and everyone that showed us support. Special thanks also to the judges. We are honored and so grateful!!! 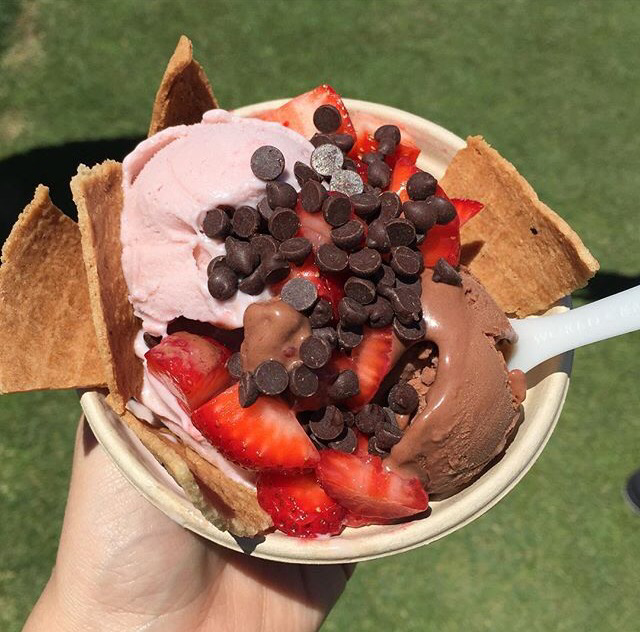 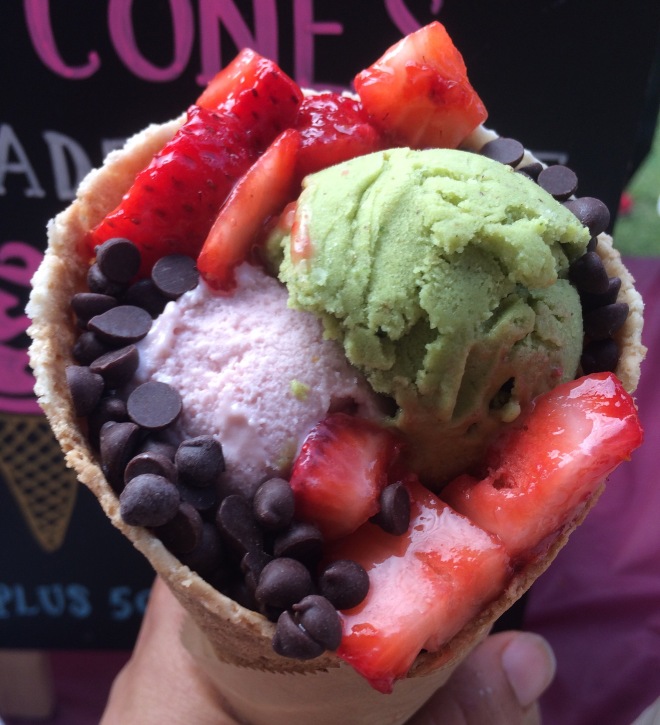 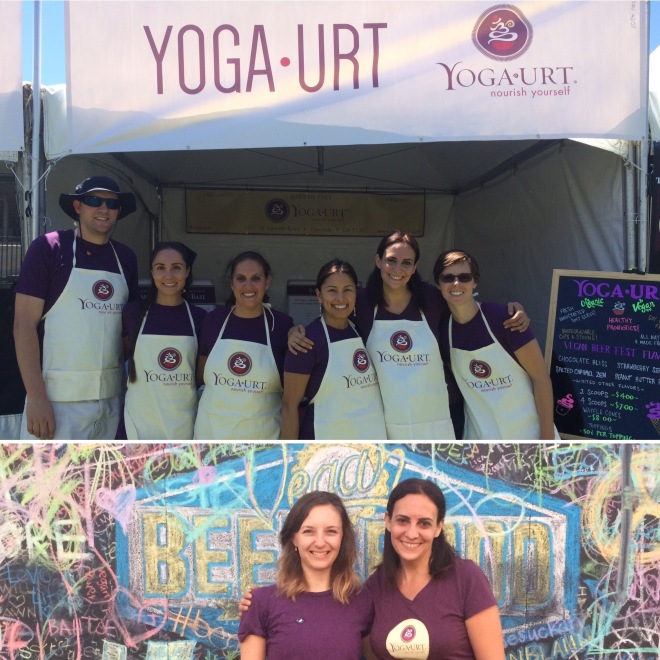 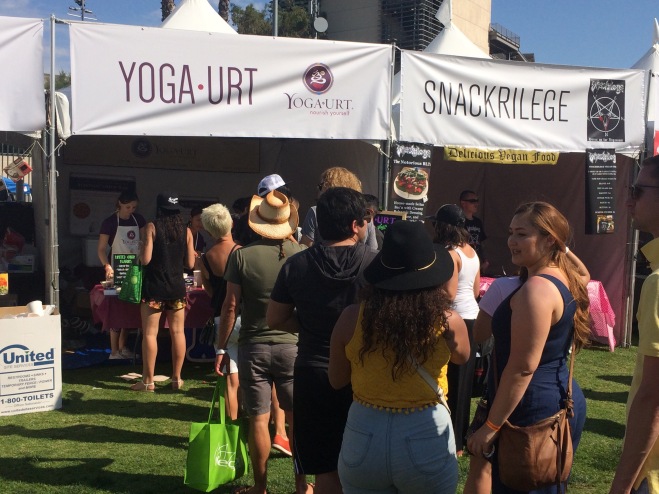 6 days to go until Vegan Beer Fest. I can’t believe it. Once again, I’m really nervous as there is so much to do and it’s only our second festival so I hope we’ll be received well, people will show up, and everything goes smoothly.

It will be a big push this week to get ready followed by a crazy day on Saturday. But I reminded myself today that I need to have fun with it. How cool is it that we will be there? Super cool. There are so many amazing restaurants and we are included. We got pretty good billing on the flyer too.

Production has begun. All the ingredients have been purchased. Schedules have been made. We have to make lots of extra product and waffle cones this week, but we’ll get it done.

So excited to introduce Yoga-urt to new people, see some of our regulars and friends, and hopefully try some delicious food myself. I will continue to remind myself to have fun and let the rest go. Here we go!

We are currently working on 2 new Flavors to debut this summer. We’ve been really slow with creating new Flavors since we opened since it costs me money, but it was time!

One of the flavors is the most requested from our customers and the other one will be our first really unique flavor.

I went in for a tasting yesterday for the most requested one and I think we’ve got it! This was about the 4th or 5th round. I tasted it with the chocolate too, and it was a GREAT combo. Our customers are going to love it.

The other flavor is further behind, but I think it will be ready within a month. Only problem now is that we don’t have enough machines!!! We can only have 6 Flavors at a time.  We’ll inevitably disappoint someone when we rotate a flavor out, but hopefully they’ll like the new ones.

Finally, I have to share that I had some Ganesha’s Sweet Greens at home last night, from one of our pints. It was SO GOOD! I forgot how good it was. Yes, I’ve had it before, but never from home and it’s been a while. I loved it and I love moments like that when the Yoga-urt blows me away. Makes me so happy!!!!