It was announced this week that Yoga-urt will be at the Vegan Beer & Food Festival on June 18th. Woohoo!!! I’m very excited and also nervous as it is only our 2nd festival. Once again, we have to do scoops instead of soft serve because the health dept won’t let us bring the soft serve machine, but it seemed to work well last time. Lots to plan but so excited to be included with so many amazing restaurants!

As for jury duty, well, I think the Universe is laughing at me. It’s hard enough to juggle my full-time job with Yoga-urt, but I had to go in for jury duty this week…and I was chosen to be on a trial…as the 2nd alternate. I just missed getting released and it was a big bummer.

I want to do my civic duty, but the work needed for my day job and Yoga-urt doesn’t stop, so my juggling has to step up. Good thing I’m great at juggling, but it does get exhausting.

The judge predicts the trial might go through May 31st, so I have another week give or take.

Acceptance and Surrender. That is what I’m turning to right now, big time. Otherwise, I just get stressed and upset, so Acceptance and Surrender it is. I have no control over the situation and the judge controls my schedule. I had to cancel an appointment with my lawyer, almost had to cancel a meeting with someone at Yoga-urt who may write a story on us, but luckily we didn’t have to go in that day. Canceled a very needed chiropractor appt. and of course, I’m missing a lot of work. However, it could be worse.

I’ve decided to make the most out of it by spending my lunches at some vegan/plantbased restaurants in Downtown LA that I’ve been wanting to check out. On Wednesday, I got to try Ramen Hood at Grand Central Market and on Friday I got to finally try Au Lac. Chef Ito has been to Yoga-urt a bunch of times, so I was really happy to finally get to go to his place. I loved it! Next week, I’m going to Shojin and hopefully a few more.

So, not sure why this was the time for me to be on a trial with so much going on, but I’m trying to go with the flow. 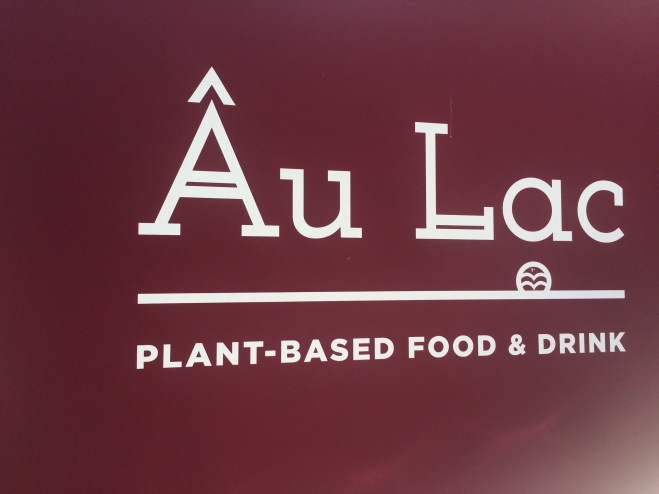